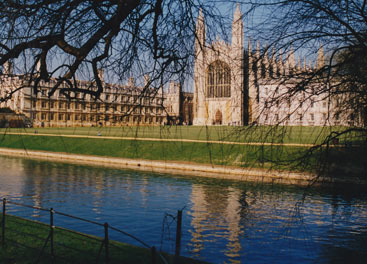 "My address will always be King’s College, Cambridge"

Rupert Brooke was born on 3rd August 1887, the second son of the House Master of School Field, Rugby, and his wife Ruth Cotterill. It was here that he grew up, attending both the preparatory and main schools. His parents moved in established intellectual circles: during summer holidays, the Brooke children played with the Stephen children (including Virginia Woolf and Vanessa Bell) on the beach at St Ives. In Rugby he began writing poetry and developing the romantic verse style known later as Georgian.

In 1906, Rupert went up to King’s College, Cambridge as a scholar. At King’s he studied classics and acted, took up socialism, and generally did badly in his exams: his interest was more in literature and the theatre. By early 1908, his wit and good looks ensured his election to the Apostles, an elite society of intellectuals and aesthetes.

At the end of his third year, he turned from Classics to English. Claiming a desire for solitude he moved a few miles out of Cambridge to Grantchester, lodging first in the Orchard Tea Rooms and later in the Old Vicarage. In Grantchester, his days were lived with friends out in the open air: going barefoot, sleeping out, walking, camping. Virginia Woolf described Rupert and his circle as ‘neo-pagans’. His interest in socialism had also developed. In Spring 1909 he became a full member of the Fabian Society, and he spent part of the Summer of 1910 in Hampshire and Dorset campaigning for the reform of the Poor Law. On a camping holiday later that year, he became secretly engaged to a girl six years his junior, Noel Olivier, who was still at school at Bedales.

Rupert spent Spring 1911 in Munich, learning German. At Carnival, the Flemish sculptress Elizabeth Van Rysselberg (who later had a child by Andre Gide) met him and fell in love with him. When he returned to Grantchester in May 1911, he began to work feverishly for his Fellowship at King’s. At the same time, despite the demands of his academic career, he completed his first volume of poetry, Poems 1911. This was published by Sidgwick and Jackson in early December, and produced a small profit within a few weeks. In the next twenty years it ran to 37 editions, totalling around 100,000 copies.

There then came a crisis which marked a turning point in his life. Over the course of 1911, despite his engagement to Noel, Rupert had fallen steadily in love with Ka Cox, a fellow Fabian committee member. Just after Christmas 1911, he travelled down to Lulworth in Dorset to join her and a group of friends for a reading party. This included Lytton and James Strachey, the economist Maynard Keynes, and the painter Henry Lamb. Lamb, although married, also had a strong interest in Ka. Rupert suspected Lytton Strachey of setting up the invitation to Lamb, and of arranging for Lamb and Ka to have time on their own together. The situation came to a head when Ka told Rupert she was in love with Lamb.

Months of overwork, wounded pride, and a fear that his friends did not take him seriously as a heterosexual probably all played a part in the scene which followed. There were also underlying contradictions in Rupert’s personality: his free spirit conflicted directly with the puritanism he had inherited from his mother. When he returned to London in early January 1912, a Harley Street specialist recommended complete rest, a special diet, and sunshine. Rupert therefore joined his mother in Cannes. But by the end of January he was back with Ka, living with her in Munich through February. Later in 1912, she gave birth to a stillborn child. For the remainder of the spring Rupert was unsettled, spending time back in Munich, in Rugby and in Berlin.

Rupert never spoke to Lytton Strachey again, and indeed distanced himself from everyone associated with the Bloomsbury Group after that time. He adopted a morally superior, yet irrationally suspicious, attitude to them. In 1918, looking back on Rupert’s row and subsequent breakdown, Virginia Woolf described him as “jealous, moody, ill-balanced”.

It was only in September 1912 that Rupert’s life began to regain a sense of order. In the place of his former Bloomsbury friends came the patronage of Edward Marsh. Marsh was a former Kingsman who had become Secretary to the First Lord of the Admiralty, Winston Churchill. He introduced Rupert to a whole new world of eminent and famous people: Churchill himself, Violet Asquith, G. K. Chesterton, Henry James, John Masefield, William Butler Yeats, Bernard Shaw, James Barrie, and many others. Through Marsh, Rupert also met the actress Cathleen Nesbitt with whom he became very close, though they never actually became lovers.

In 1913, Rupert was finally awarded a Fellowship at King’s. His dissertation was on the seventeenth century English playwright, John Webster. In it, he demonstrated not just his academic excellence, but also the potential to become a leading literary and drama critic.

But instead of taking up his Fellowship immediately, he travelled, first to New York, Canada, San Francisco, the Pacific and New Zealand, before settling on Tahiti at Mataia. Here he wrote some of his best poetry, while living with a Tahitian, Taatamata, the Mamua of his poem Tiare Tahiti. It was only the exhaustion of his funds, together with a nasty inflammation from coral poisoning, which took him back to England. He left Tahiti on 5th April 1914. Travelling via the USA, he arrived back in England at Plymouth on 5th June. Later in 1914, Taatamata later had a daughter (who lived until around 1990), and Brooke may have been the father.

And now, again, he delayed taking up his Fellowship at King’s. Shortly after war was declared on 3rd August, Brooke remarked to a friend he met in the street: “Well, if Armageddon is on, I suppose one should be there”. This light comment belied the fact that war gave his idealism a new focus: in a later letter he wrote of telling himself “It’s the biggest thing in your seventy years. You’d better see as much of it as you can.”

So on 15th September 1914, he applied for a commission in The Royal Naval Division. With Marsh’s influence, he was accepted a day or so later with no further formalities.